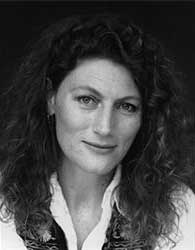 Geraldine James is one of our most treasured actresses. In 1978, she made a remarkable impression playing a young deaf girl in Dummy, a television drama directed by Franc Roddam in which she worked with the late Mark Drewry. Move forward six years and the entire country found itself transfixed by the dramatization of The Raj Quartet, Paul Scott’s magnificent novels about the last gasp of the British in India. The books were turned into thirteen episodes of engrossing television by Ken Taylor under the title of the first novel, The Jewel In The Crown, with James playing the part of Sarah Layton opposite Charles Dance as Guy Perron.

The Jewel in the Crown

The Tragedies of Mary Shelley | A R T L▼R K

The Hidden Histories of Black Americans in Paris – Atlas Obscura

Book Bite: The Woman Before Wallis | An Historian About Town

This work is licensed under a Creative Commons Attribution-NonCommercial-ShareAlike 4.0 International License.
Jack Monroe

Life from the Tail End

Historical Fiction with a touch of Romance