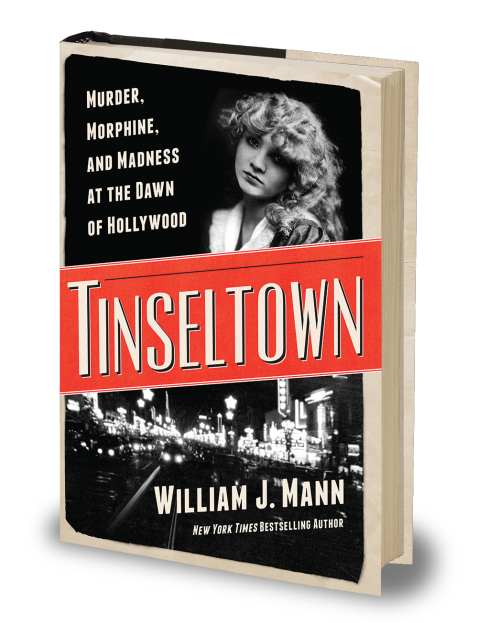 Title: Tinseltown: Murder, Morphine, and Madness at the Dawn of Hollywood

What it’s About: The Day of the Locust meets The Devil in the White City and Midnight in the Garden of Good and Evil in this juicy, untold Hollywood story: an addictive true tale of ambition, scandal, intrigue, murder, and the creation of the modern film industry. By 1920, the movies had suddenly become America’s new favorite pastime, and one of the nation’s largest industries. Never before had a medium possessed such power to influence. Yet Hollywood’s glittering ascendency was threatened by a string of headline-grabbing tragedies—including the murder of William Desmond Taylor, the popular president of the Motion Picture Directors Association, a legendary crime that has remained unsolved until now.

My thoughts:  I’ve been obsessed with the murder of William Desmond Taylor ever since I first read about the case in Kenneth Anger’s Hollywood Babylon (a book that is much reviled by contemporary historians but which was manna from heaven to a teenager who loved classic Hollywood films).  Over the years, I’ve read Sidney Kirkpatrick’s A Cast of Killers as well as Robert Giroux’s book Deed of Death.  Both of these authors came to different conclusions about who the killer was, so I was eager to read William J. Mann’s take on the case.  I’ve enjoyed his books in the past, in particular his biographies of Barbra Streisand and Elizabeth Taylor.

I have to be honest, at first I was a little disappointed.  The book opens up with a bang literally, detailing the discovery of Taylor’s body by his valet Henry Peavey.  The book then flashes back and gives a wealth of detail about the current state of Hollywood leading up to the murder, including the death of Olive Thomas, the arrest and trial of Fatty…