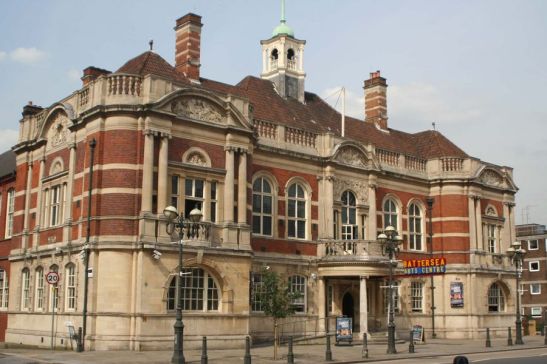 There is nothing better on a hot, steamy summer’s evening than to watch a hot, steamy, sexy play. Christopher Marlowe might have come to a particularly sticky end the year before his thirtieth birthday, being ignominiously stabbed in 1593 in a bar brawl in downtown Deptford, but his legacy is some of the finest tragic drama of his age. Influential on such young writers as his contemporary Will Shakespeare, Marlowe still thrills and excites over four hundred years later. Who can imagine what brilliant drama might have flowed from his quill had he survived the drunken attack (or possible political assassination).

Often dated to the year before his death, Marlowe’s Edward II is a remarkable play with remarkable narrative that is immediately and invigoratingly accessible to a twenty-first-century audience. There is no denying that this tale of love and betrayal, of rebellion and usurpation, and of self-centred sexual gratification and bloody murder is as raw and visceral as any Greek tragedy. The story centres on King Edward II who, although married to the delicious French princess, Queen Isabella, and although the father of an infant princely heir, openly desires a young court favourite, Piers Gaveston. It is this dramatization of overt homosexuality which has elevated ‘Kit Marlowe’ into an early modern gay icon.

Although scholars are somewhat dubious about recent productions of the play which over-emphasize the ‘high camp’ of Edward and Gaveston’s relationship, there is no doubt that Marlowe’s subtle classical allusions to Hero and Leander, and to Jove and Ganymede, would have guaranteed its reception by its contemporary audience. To the Elizabethans, these subtle verbal signals would have been tantamount to an open accusation of royal buggery. In Michael Oakley’s fascinating new production – winner of the James Menzies Kitchin Award 2008 – there is little need for such subtlety. In our enlightened age, the sight of a young handsome king snogging his gay paramour is, if not entirely polite in mixed company (especially with the king’s wife looking on in abject horror), at least acceptable in its dramatic context. Freed from the straight-jacket of Victorian respectability, Edward II shines like a beacon of lust and obsessive sexual desire.

Oakley’s production is staged in a studio space which guarantees maximum acting room and minimum set distraction. The rear wall provides a narrow corridor of backstage entrances with its grandiose central reveal and two side doors, along with a curtained area stage left. Mark Friend’s excellent design concept complements the stark austerity of the piece. The greyness of the walls and floor is echoed in the simple though evocative grey crown which Edward is forced to remove from his own regal head. This uncomplicated set design is balanced by the most effective and stylish modern costumes. So often, low-budget productions fail to dress their actors and so fail the play. Assisted by Katie Powell, Friend has created a truly aristocratic look for Edward II, and for the courtiers who people its realm.

Of course, none of this would really matter if Oakley as director had not brought together a truly remarkable group of actors. Led by Philip Cumbus as the leather-clad King Edward, the cast conjure the intrigues of court and military life with sincerity and uncanny reality. There is never a sense that Cumbus is himself camping up the part. Far from it. This is definitely a man’s king, able to rule with his passion and his intellect. That same passion is directed towards a far more foppish Gaveston, played with superb arrogance by Tom Robertson. At times, Robertson’s Gaveston glides across the stage like an ill-intentioned snake, winding himself around his royal lover and disgusting the ‘butch’ courtiers with his queen-like behaviour. When represented by Cumbus and Robertson, such homosexual desire and gratification is totally believable and, somewhat counter to the play’s original construction, totally understandable.

How could the poor Isabella compete with the charms of Gaveston? Rejected she might be, but this queen is determinedly not going to take such insults lying down. Nevertheless, in this patriarchal society her only means of revenge is to ingratiate herself with the one military man willing to face up to his king – the rugged Mortimer. Isabella embarks on a torrid and open affair with Mortimer which literally and metaphorically mirrors her husband’s sexual encounters with Gaveston. Kate Sissons gives a strong and fiery performance as the rejected Queen Isabella. Sissons expresses love and hate in equal measure. A truly regal performance which provides the perfect counterpoint to King Edward’s own misguided passion.

Bill Ward is likewise fiery as the usurping Mortimer. Ever the Machiavellian, Mortimer schemes to gain ultimate authority in the country. His physical strength and determination are, it seems, merely tools with which Isabella manipulates her own revenge. Ward rises to this challenge and, like Sissons, provides yet another fascinating character with which to compare effective and effete government.

The BAC production of Edward II shows how accessible Marlowe’s plays are and how important they are to our cultural heritage. Notwithstanding the exasperating heat in the studio theatre, this is a play which will excite and stimulate in equal measure. There may be other productions of Edward II on the horizon this year but it would be hard to eclipse the grandeur and passionate sexuality of Oakley’s shining example. For me, the vitality of Cumbus’s performance is central to this magnificent play; around him, the English courtiers flit like Death’s-head Hawk-moths implicitly announcing his excruciatingly painful demise. Superb.