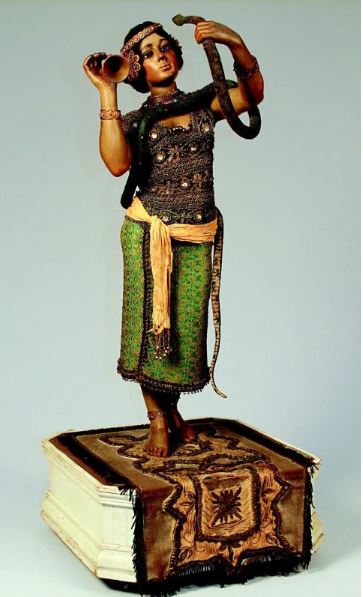 The Snake-Charmer in a Circus Nearly Crushed by a Huge Python.

A thrilling incident happened in Forepaugh’s circus, recently, while Nala Damajante, the Hindoo snake-charmer was going through her performance of handling half a dozen squirming pythons. It was all in the twinkling of an eye, and scarcely a dozen person in the great audience were aware that Damajante had for a moment been in deadly peril. She had finished the wonderful act of walking about the raised platform with six snakes coiled like a living head-dress over her forehead, and had taken the huge python, whose weight is nineteen pounds and length twelve feet from its box, and threw it across her shoulder. As she had done with the other snakes, Damajante grasped the powerful creature a few inches back of the head. Although the air was damp and chilly, the python appeared possessed of more…