On this day: Ballerina Pierina Legnani in 1891 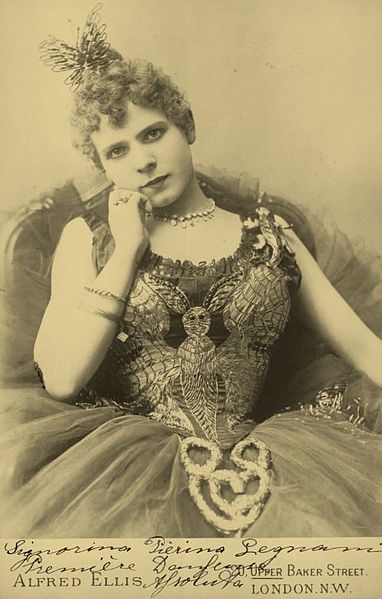 Italian ballerina Pierina Legnani photographed in London on the 15th of September, 1891, fifteen days before her twenty-eighth birthday.

Legnani was born and trained in Milan, went on to become the Prima Ballerina of La Scala, and had a hugely successful career around Europe. Considered one of the world’s greatest ballerinas, she was the dancer who successfully performed thirty-two fouette pirouettes en pointe. This trick is still considered extremely difficult today and is included for the main dancer in a number of ballets.

Here is Ukrainian ballerina Oksana Bondareva performing the thirty-two fouettes (at 7:50 into the video). Because she’s so good, she’s doing a lot of them as double rather than single pirouettes!

Pierina Legnani returned to Italy and continued to work for La Scala in their school until only months before her death on the 15th of November, 1930.