‘Visitors accustomed to dingy, dirty, uncomfortable theatres, as bad, if not worse, than the ordinary Paris theatres of today, were enchanted with the light, bright, joyous little playhouse, always compared to a blue quilted “bon-bon” box, where the very walls of the theatre seemed to welcome you, as they do today in the theatres of America.’

Clemence Scott was writing in The Drama of Yesterday and Today, published in 1899, on the transformation of the Queen’s Theatre (not to be confused with the Queen’s in Shaftesbury Avenue) into the Prince of Wales’s Theatre off Tottenham Court Road in the 1860s by the Bancrofts — Sir Squire Bancroft [1841 – 1926] and Lady Bancroft, the actress Marie Wilton [1839 – 1921]. In 1905 it was renamed the Scala Theatre.

Russell Jackson, in his 1989 book, Victorian Theatre: The Theatre in Its Time, writes that this decade saw a boom in theatre building, with an emphasis on ‘smaller, more comfortably appointed and socially exclusive theatres’: in other words, establishing the West End theatre.

The segregation of audiences was overt, with the middle classes enjoying the comfort of the stalls, while the lower classes, originally at something of an advantage in the pit, ending up in the upper gallery. 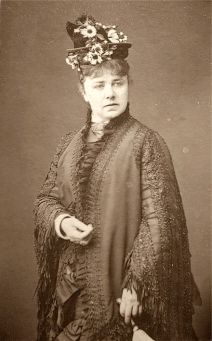 But, said the critic of The Times on 11 April, 1867, reviewing Tom Robertson’s Caste in which the Bancrofts co-starred, it should not be forgotten that ‘the Prince of Wales’s Theatre, though it has been fashionable for two years, is by no means in a fashionable neighbourhood…’.