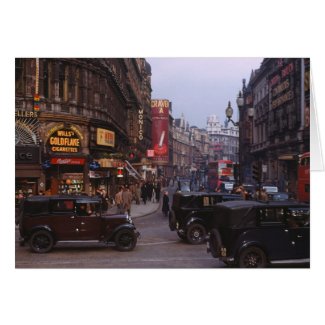 I’ll save R&V readers the trouble of pointing out what I don’t know. I don’t know economics. I don’t know the principles or the politics of arts funding, either in Britain or in the US, where I am from. I am as unsure of the geography of the West End and Everywhere Else as I am of the boundaries of Broadway/Off-Broadway, and Off-off…, and I have only the most rudimentary understanding of subsidised vs. non-subsidized theatres.

What I do know is that the arts and the persons that I know through the arts, theatre, in particular, have brought me to Britain as often as I’ve been able to buy a ticket for the past 50 years.

My view of England is not thoroughly romanticised and unrealistic, all Cotswold stone and Lakeland daffodils and the tea shop across from Anne Hathaway’s. I realise that England is fraught with problems – that sometimes people have to wait for unconscionable lengths of time for medical care, that many can’t afford adequate housing, that even those who are well-housed worry about rats and rates and crime and parking and diminishing civility. I understand that the pluralization of British society is, for all its blessings, as problematic as is the wholehearted accommodation of all those “huddled masses yearning to be free” in America.

But I come to England, to Britain, because I truly feel that it puts me in the midst of a vibrant arts community, one that opens my consciousness to ‘life more abundant’, one that continuously invigorates and exhilarates me, that lets me feel and makes me think. When I stop for a coffee at Canteen in St Martin’s Court, where Jimmy and Karim greet me as if I were a daily regular and not just a twice-a-year interloper, I am just steps away from Wyndham’s, St Martin’s Lane, Shakespeare and Charlie Chaplin in Leicester Square, the Garrick, the National Portrait Gallery, the concerts at St Martin-in-the-Fields – and I have a transcendent feeling of well-being.

I am therefore greatly troubled by the headline in yesterday’s Guardian, ‘England’s arts face bloodiest cull in half a century as funds are cut for 200 groups.’ Yes, it’s good that the biggest organisations have ‘fared well’ and that 41 organisations have seen their allotments doubled – I begrudge them nothing. But something is surely wrong when the Exeter Northcott Theatre loses its funding, at least partly because it is alleged not to be doing enough to widen its audience base, while Eastern Angles touring theatre, which does take theatre to ‘the most far-flung communities of East Anglia’, sees its funding cut in half. And surely it is not necessary to withdraw all funding from the National Student Drama Festival, a productive enterprise for more than 40 years, and to withdraw it just three months before the 2008 festival is due to take place.

Although reasons for particular cuts are just beginning to emerge, the Guardian reports that the Arts Council ‘believes it is better to put money into theatre training for students through the further and higher education sectors’. Putting money into education usually strikes me as quite a good thing. But is it good to fund education by withdrawing money from those who are producing art at this very moment? I want to see productions by Kneehigh and Punchdrunk and the Fierce festival. (I want to see them also in Mold and on Mull, for that matter.)

I am disquieted by the setting of arts agendas by persons other than artists, and I know that many others share this disquiet. In February 2005, for instance, Christopher Frayling, chair of ACE, expressed ‘his concern that the sacrosanct principle of arm’s length funding of the arts had been undermined’ grievously. Tessa Jowell, then Secretary of State for Culture, Media and Sport, is quoted in The Stage (8 March 2005) as saying, ‘Our relationship with ACE is good and positive…I have never, ever felt from them that they feel controlled by us.’ Her successor, James Purnell, might ask again today.

The arts, however, do not have measurable outcomes of the sort that managers and government officials like to cite. I attribute to the arts the very sorts of ‘outcomes’ that Wordsworth credited Nature with: they often provide ‘tranquil restoration’. They almost certainly spur me – however mysteriously – to ‘that best portion of a good man’s life, / his little, nameless, unremembered acts / of kindness and of love’, and somehow they occasionally lead me to those moments when ‘we see into the life of things’. Those are very great outcomes, measurable or not. Surely there are some managers, some ministers, brave enough to trust to those intangibles, and to provide funding that will help artists to bring them about.