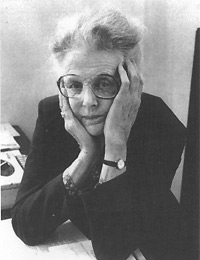 Did you know that those influential stage designers Motley used to run a couture fashion house? Well, I certainly didn’t, but in 1936 – by which time they had already made their mark designing costumes for John Gielgud’s productions of Romeo and Juliet for the OUDS and Richard of Bordeaux in the West End, their growing reputation and requests from actresses that they provide them with personal clothes as well as stage costumes encouraged them to open their own couture establishment in Garrick Street. To design their shop and showroom and its furniture and fittings they called on the Hungarian émigré architect and designer Marcel Breuer from the now famous Bauhaus.

Motley were the sisters Sophie and Margaret (known as Percy) Harris and their friend from art school Elizabeth Montgomery. They got to know Breuer who, like his mentor Walter Gropius, had fled Nazi Germany and moved to England in 1935, when Michel Saint-Denis asked him to design the premises for his new drama school in Islington, the London Theatre Studio, which he was running with George Devine (who later married Sophie). The Motleys were in charge of its Stage Design Course.

Sophie Jump (granddaughter of Sophie and George Devine) and Jane Won have put together a small but interesting exhibition at the Chelsea Space, on the Millbank campus of Chelsea College of Art and Design, that tells the story. It is a small exhibition, not enough to be worth making a long journey for, but if you are in the neighbourhood or visiting Tate Britain, it’s well worth popping in.

You’ll find photographs, plans and models of the London Theatre Studio and of the Motley shop and showroom, letters relating to the relationship between designers and architect, an extract from a recorded interview with Percy Harris and press coverage of their fashion shows. I note that the illustrated weekly Picture Post could not quite cope with calling Margaret Percy and names her ‘Peggy.’ There is a jacket on display from 1937 made in silk with a woven willow pattern-like design from 1937 and the press reports refer to them introducing a crinoline style in 1938. Was this before Hartnell put the Queen Mother into crinolines?

Among the material displayed to establish the Motley background at that time are photographs from Devine family albums, programmes and theatre magazine reports of Richard of Bordeaux and Andrey Obey’s Noah, and Motley’s stunning costume design for the Tiger (Merula Salaman) in Noah. I can’t help wondering how they made the ridged belly. Today it would probably be moulded rubber; then, was it a soft fabric or padded or heavily sized canvas?

Much of the furniture that Breuer designed seven decades ago is still in production and for sale and the exhibition also includes examples of some of his signature pieces, including the stacking chairs and stools used in the shop and Studio Theatre.